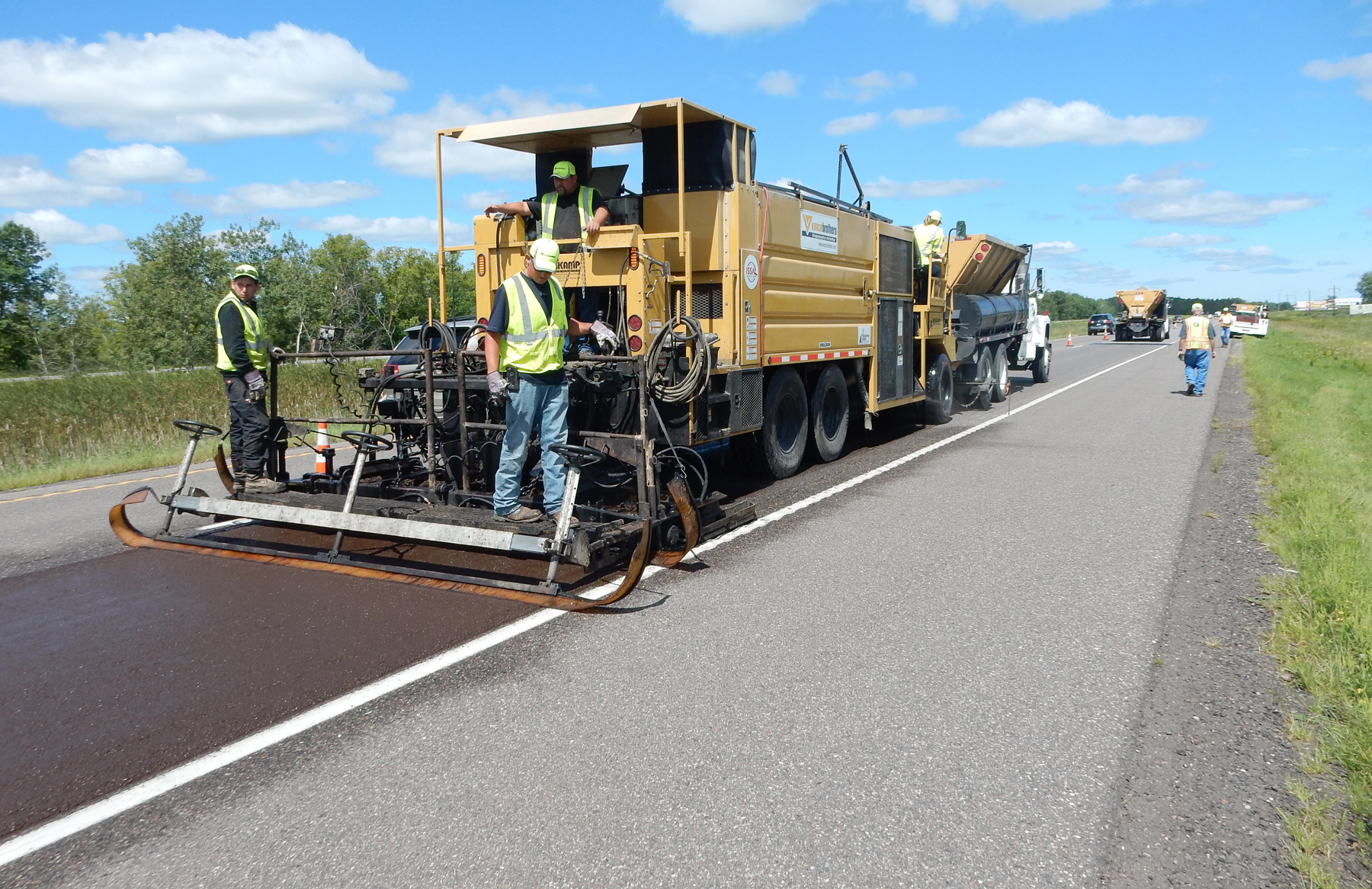 A growing partnership between the National Center for Asphalt Technology in Alabama and the MnROAD research facility of the Minnesota DOT will advance research in preservation techniques for high-volume roadways.

It will do so by providing research in preservation techniques for both flexible [bituminous] and rigid [portland cement concrete] pavements, and supplying real world accelerated pavement preservation performance testing in both hot and cold climates.

And by leveraging economies of scale, it may deliver research products for a larger base of supportive agencies and private sector clients at lower buy-in costs. The partnership has the potential to play a much larger role in the national effort to validate pavement performance.

This new collaboration was a major theme of the SHRP2 R26 Workshop for the Preservation of High Traffic Volume Roadways, held in Minneapolis in early September 2014. There it was announced that MnROAD and NCAT are partnering to advance pavement preservation research.

Sharing resources and expertise will improve coordination of experiments and expand evaluation of pavement performance in both northern and southern climates.

“Working together will help validate what’s done at our facilities both north and south,” said Benjamin Worel, P.E., MnROAD operations engineer.“MnROAD has built test pavements in the north and obtained results which southern states sometimes say do not pertain to them, becasue we’re in a northern climate. The same thing goes for the northern states utilizing results from NCAT. But working together will allow more states to accept and use our combined research results and get more involved with both facilities. That will help implement pavement preservation techniques and boost how agencies go about implementing these types of results in more states than just those adjoining Alabama or Minnesota.”

The collaboration also permits testing of PCC pavements and the inclusion of the results in comprehensive research products, which is not possible when NCAT works on its own.

“Our focus at the National Center for Asphalt Technology is flexible pavements,” said Dr. Buzz Powell, P.E., assistant director, NCAT Test Track, Auburn, Ala. “The partnership with MnROAD can provide us the two things that we don’t have at NCAT, the two Cs of climate and concrete. In the Deep South we have a very limited climate for testing pavement performance, and as Ben says, our clients are primarily in the southern half of the United States, and we don’t have any concrete test sections. A partnership with MnROAD lets us leverage their cold weather conditions and concrete pavements that constitute a big part of the preservation picture.”

MnROAD and NCAT are full-scale test tracks that use real-world pavement construction, full-scale test trucks, and in the case of MnROAD, live interstate traffic on I-94 northwest of the Twin Cities, all under actual climate conditions that effect pavement performance. The combination of traffic loading types and the range in climate conditions provide unique opportunities to address pavement performance issues.

The National Center for Asphalt Technology was established in 1986 as a partnership between Auburn University and the National Asphalt Pavement Association Research & Education Foundation.

NCAT has 46 different test sections on its 1.7-mile oval track. Sections are sponsored on three-year cycles by state DOTs, the Federal Highway Administration, and private industry. Sponsors have specific research objectives for their sections, and shared objectives for the whole track. The focus of research at the track has logically grown in conjunction with NCAT’s expanding mission from just mix performance in the original 2000 research cycle, to both structural performance and pavement preservation.

Unlike NCAT, MnROAD is owned and operated by the Minnesota DOT near Albertville, some 40 miles northwest of Minneapolis. Established in 1994, the test track consists of a 3.5-mile interstate (1-94) high-volume roadway, and a 2.5-mile closed loop low volume road simulating rural roads. The interstate diverts live traffic for its loadings, and the low volume track utilizes a fully loaded 80K five-axle semi driven five days a week.

MnROAD has 50 different test sections of both rigid and flexible composition. Research is sponsored by state DOTs, the Minnesota Local Road Research Board, FWHA and private industry. MnROAD is in its second phase of research, and is developing its third phase, scheduled for 2016. Phase II research includes performance of concrete overlay designs, recycled unbound pavement materials, full depth reclamation stabilized with engineered emulsions, composite pavements, pervious/porous pavements, diamond grinding of concrete surfaces, warm mix asphalt, and timing of pavement preventive maintenance. MnROAD also has been active in placement of pavement preservation treatments for high volume pavements and has tested them on I-94.

Accelerated testing at MnROAD and NCAT provides unique opportunities to determine the field performance of breakthrough materials and pavement preservation concepts without the risk of failure that locai and state agencies are unwilling to accept.

Each facility has a history of evaluating the performance of pavement preservation treatments, including chip sealing, micro surfacing, crack sealing and thin overlays. To address needs in both northern and southern climates, similar test sections currently are being discussed at each facility to address national issues. Recognizing the long-term nature of measuring the impact of some pavement preservation treatments, both MnROAD and NCAT also are pursuing off-site test locations on existing roads and highways that can be easily monitored near each facility.

“State DOTs are at a point where each agency has more roads classified as having a lower remaining life than they did in the past,” said MnROAD’s Worel. “That is, the ride quality has declined on a greater percentage of our roadway system since we haven’t had enough money to effectively keep all those pavements at an acceptable level of servicability. So, with limited funding and increasing costs, it’s now more important than ever to find the right short and long term fixes to improve the system in the most cost effective manner.”

But this will take the financial participation of state DOTs and other entities – the “buy in” – to make it happen. This could take the form of pooled fund projects, or individual underwritings, or funds from other sources.

“There have been research sponsors that have done work at MnROAD, then separately done work at the NCAT Pavement Test Track,” Powell said. “This is an opportunity to collaborate on one project. There will be financial benefits or synergies that will come from it, as there won’t be any duplication of effort. I see this as a full partnership, regardless of the form that funding and the projects take. Our intention is to be a complete, full partnership.”

Funding for the partnership also may solve problems specific to a state or region. “Ben and I have a very good feel for what the big needs of the industry are, and what the common practices of the industry are in the preservation industry, but we learn a little bit more every time,” Powell said. “There will be problems that are unique to a specific state DOT. And if a state wants to have a specific treatment or treatment combination scoped into an experiment, then they need to be a funding partner.”

“What NCAT and MnROAD have done is to show that further implemenation is really key to getting results out there and used by practicitioners,” MnROAD’s Worel said. “Another thing is that MnROAD and NCAT both have had a high return on investment, with MnROAD a documented 9-to-1 ratio. MnROAD and NCAT have established histories of producing cost-effective research findings with a national impact. We invite agencies to consider our partnership when they solicit organizations to conduct research. Our combined strength will provide the most cost-effective solutions to the national issues that public agencies are facing.”