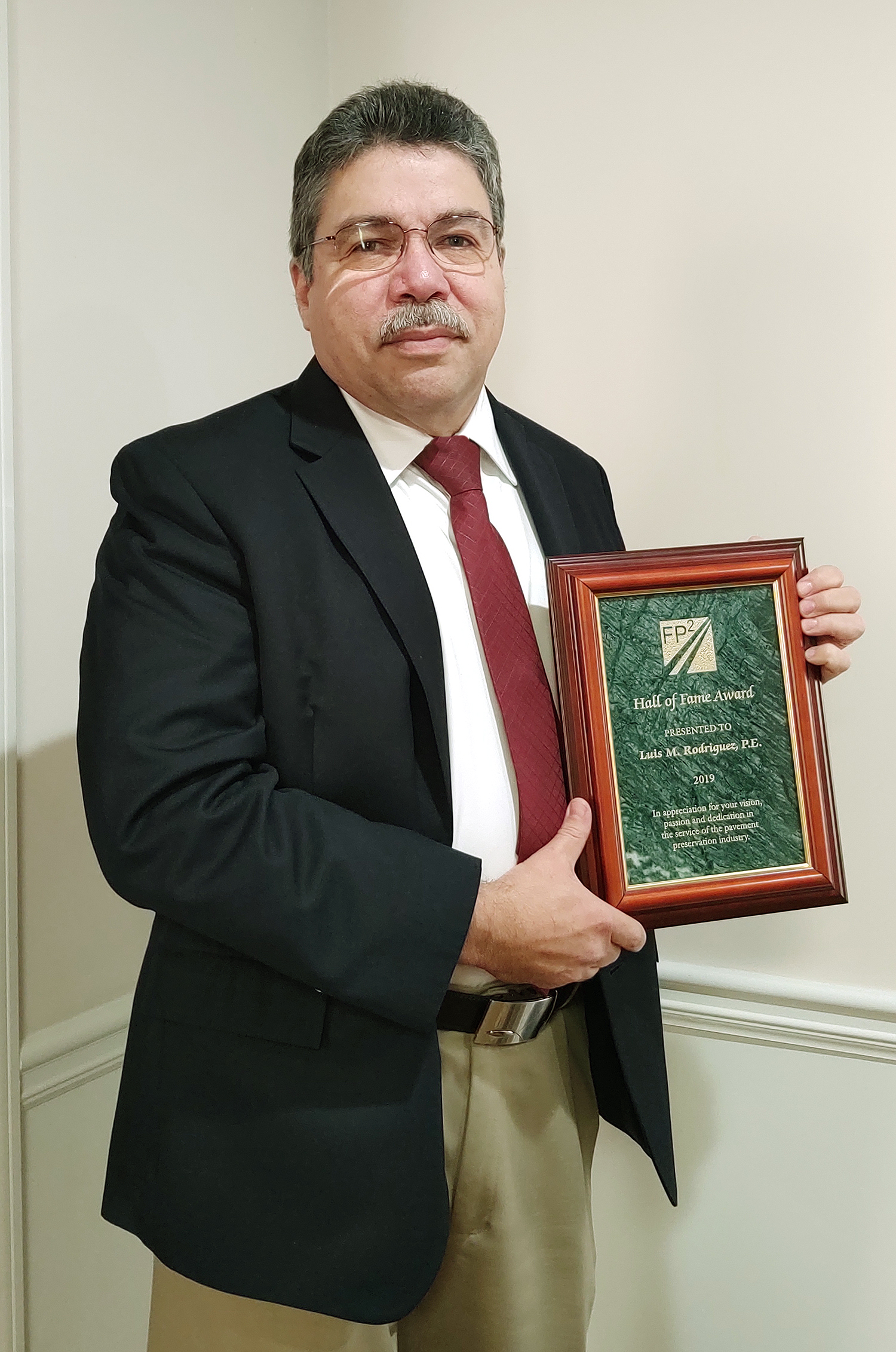 He was to have been honored publicly at the Southeast Pavement Preservation Partnership meeting at Jekyll Island, Ga., in early 2020; however, the meeting was postponed to due to the Covid-19 pandemic, and he received his award at home in Atlanta.

Rodriguez recently retired from the federal government after 38 years of service, 34 of which were spent with FHWA.

He played a critical role in national implementation of the Fixing America’s Surface Transportation Act‘s (FAST Act) Transportation Asset Management Plan and pavement-performance measure requirements. His efforts in this area touched all 50 states, Puerto Rico, and the District of Columbia.

In addition, he is well known for his success in building bridges with state partners. Two noteworthy examples included his significant involvement on the organization of the Southeastern States Pavement Association Conference and his support of the annual Southeast Pavement Preservation Partnership meeting.

He also showed his dedication to FHWA and the nation’s infrastructure during his work as part of Hurricanes Irma and Maria relief efforts in the Caribbean, when he delivered multiple training and review activities dealing with the Buy America provision that supported Puerto Rico and U.S. Virgin Islands transportation departments.

Throughout all these efforts, Rodriguez always represented FHWA with technical expertise, unparalleled professionalism, and great integrity. 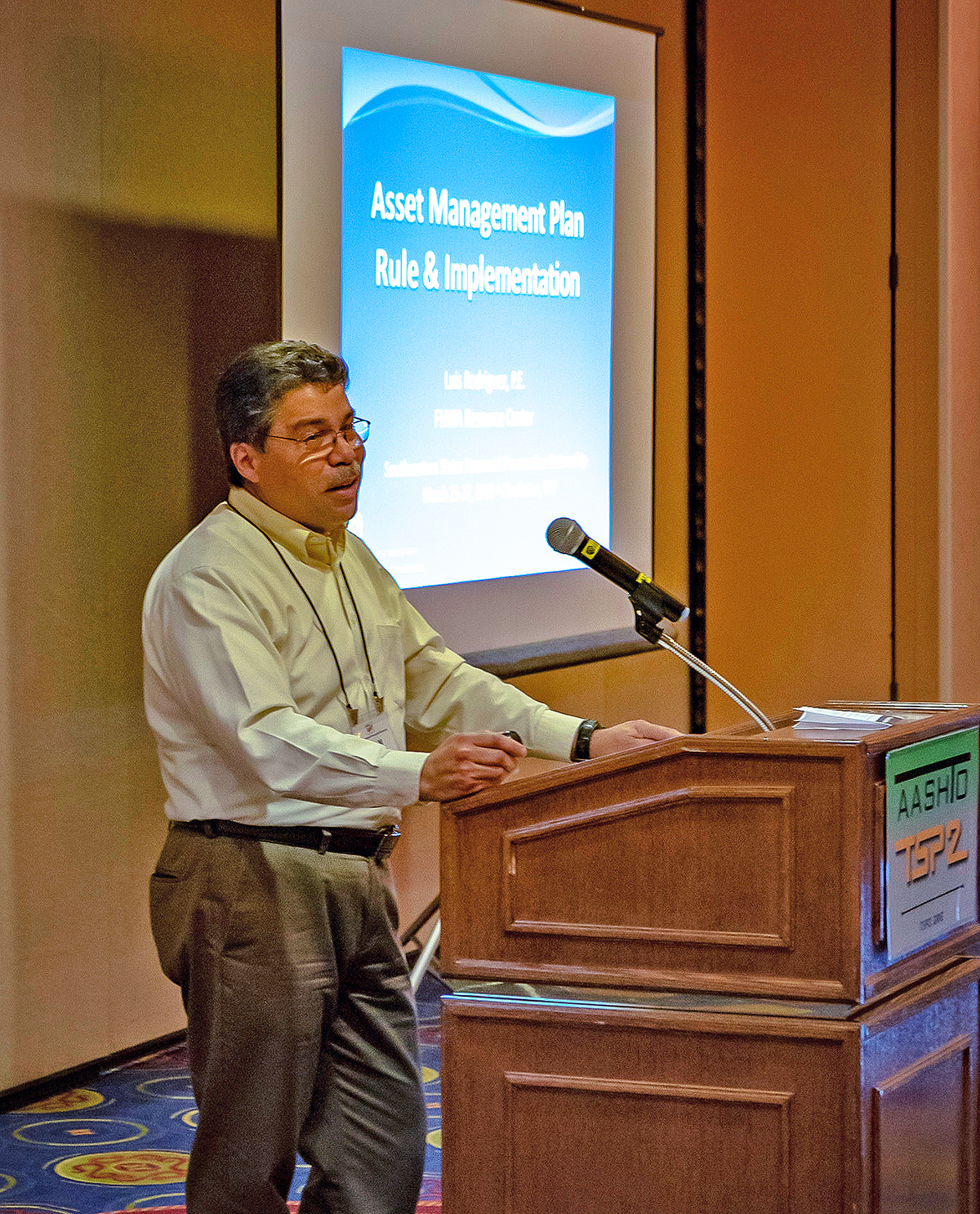 “One of my points of pride has been the development of a pavement management outreach program that has helped state highway agencies in states such as Connecticut, Nevada, New Mexico, New York, Nevada, North Carolina, Oklahoma, Tennessee and Vermont,” Rodriguez said. “This improved their pavement management processes and boosted pavement preservation activities, resulting in the establishment of more objective processes to evaluate cost-effective pavement preservation and rehabilitation strategies for their entire highway networks.”

He helped develop implementation plans that resulted in the establishment of a proactive pavement management and preservation program in the Oklahoma DOT. In Connecticut, his recommendations helped the division office coordinate and establish a revised pavement policy with the Connecticut DOT that put emphasis in improving the productivity and cost-effectiveness of their pavement design, management and preservation programs.

His work with the FHWA New Mexico division office and the New Mexico DOT resulted in improvements in accessing the quality of the information collected as part of their network wide pavement condition evaluation process. He also led the creation of a FHWA Transportation Asset Management (TAM) virtual team that conducted TAM outreach activities in Indiana, Kentucky and Alaska.