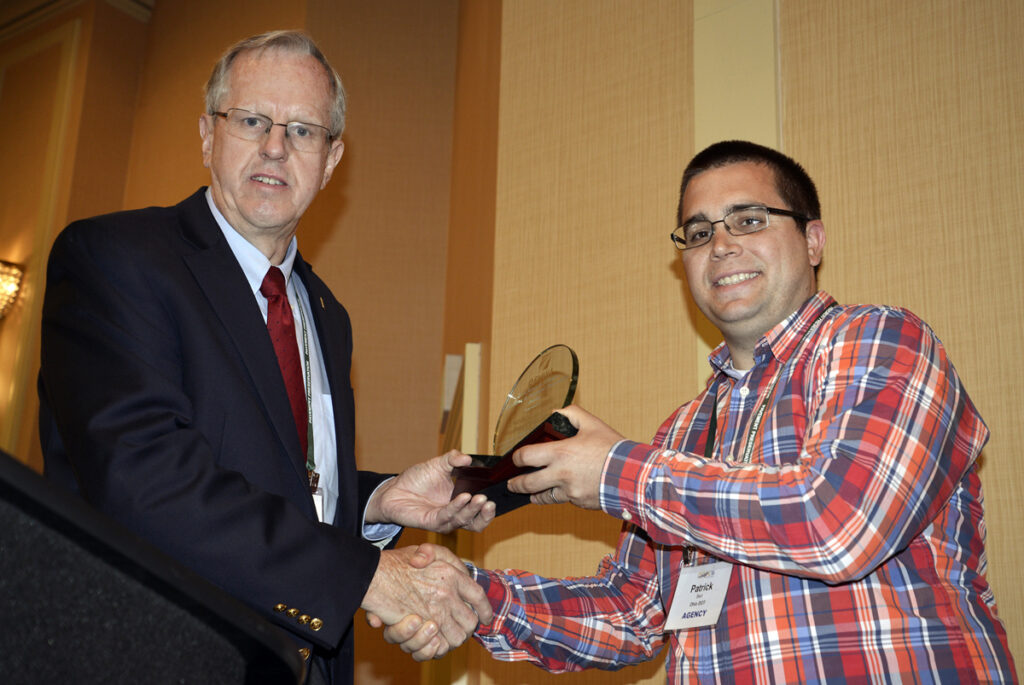 The Ohio Department of Transportation (ODOT) is the winner of the 2016 James B. Sorenson Award for Excellence in Pavement Preservation.

The Sorenson Award is presented each year by FP2 Inc. to recognize superior pavement preservation practice, usually to a city, county or state agency. It was presented this year to Patrick Bierl, design engineer, and Eric Biehl, P.E., asphalt materials engineer, Ohio DOT at an awards luncheon Oct. 13 during the 2016 National Pavement Preservation Conference in Nashville.

ODOT’s mission statement includes taking care of its capital assets, and making the system work better. What was missing were tools and methods to consistently manage our assets across the state. ODOT is divided into 12 districts, and there were 12 different methods of managing the assets.

While every district was meeting the goals set at the time, those goals encouraged a worst-first approach to managing pavements. In recognition of the challenges with funding and the realization that a worst-first approach may not be the best, ODOT’s executive management in 2014 determined that a change in how it manages and measures its assets was needed.

One of the first changes made was creation of critical success factors (CSFs), designed to measure success. The pavement CSF, outlined later, was specifically designed to move away from the worst-first mentality. ODOT also needed to change the culture within the organization as well as educate the public and get the industry onboard.

Part of changing the culture included educating ODOT forces on successful preservation techniques used in other states. In addition to other achievements, a website was developed to house all the information and make it available to the public. The website can be found at Transportation.ohio.gov/preservation.

Scott Bergkamp has been named president of FP2 Inc. →